Doug Wright's passion for automobiles came early and honestly.  His dad, Rex, drove a '56 Ford F-100, raced a '40 Ford coupe (with a Cadillac mill), and rode a '51 Triumph motorcycle.  How cool is that?

Rex's Wolcott (IN) business was known for fast cars and quality repairs.  It was here Doug learned the basics of mechanics, the fundamentals of fabrication, and the importance of focusing on the smallest of details.

As Doug grew, so did his fascination with racing.  He found success on dirt tracks, road circuits, super speedways, and the Bonneville Salt Flats.  When he retired from full time racing, Doug had established a litany of track records and fast qualifier awards, while logging 22 major race victories.

Away from the shop, Doug and (wife) Terri are active in their church, ride motorcycles & snowmobiles, support live music, and cheer for the Colts, Pacers, & Purdue Boilermakers.  Doug plays trumpet, guitar, and piano in his church's worship band and is a member of the Groove Catz, a classic rock band.  Terri has completed (12) full marathons, (51) half marathons, and over (60) 5K/10K runs.  Doug and Terri are animal lovers and enjoy supporting local pet rescue shelters. 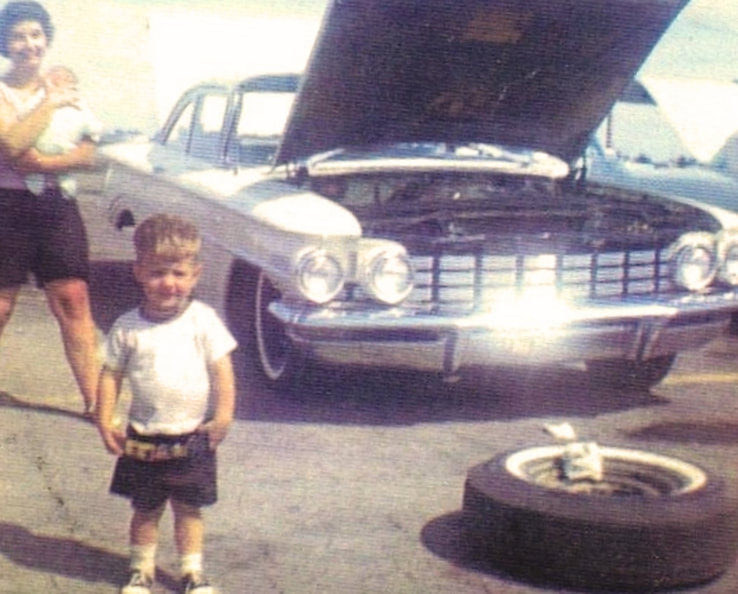